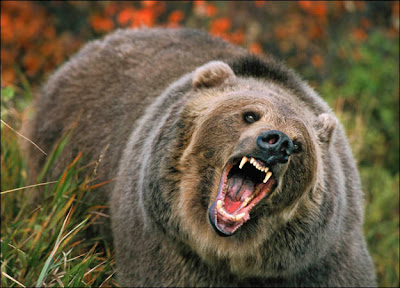 The overwhelming desire of parents to protect our children from all harm, all hurts, all disappointment, all sorrow has reached mythic proportions --Mama bear protecting her cub. Helicopter parents. Mother hen. Overprotective dad.
And for adoptive parents, sometimes that protective instinct applies to our children's feelings about adoption. An adoptive mom told me once why she didn't want her daughter attending an adoption workshop -- "I don't want her to be sad about her adoption." Another adoptive mom had told her of her daughter's experience attending the workshop two years earlier -- she reported that her daughter sobbed for days afterwards about the loss of her birth mother.
My friend thought she could protect her daughter from that sadness by keeping her away from the workshop. It never occurred to her that the other child, and maybe even her own child, was already sad, that the workshop had done no more than provide permission to express those feelings of sadness.
When waiting for Zoe's referral, I read a book excerpt in a magazine at the hairdressers. I think the book was Ten Thousand Sorrows -- I didn't read the whole thing, just the magazine excerpt, but one thing always stuck in my head. No, it wasn't the horrific story of this young Korean girl seeing her birth mother murdered, or being abused in an orphanage there, or her abusive marriage. I had to look at the book description to remember all of that. What stuck was a simple anecdote about her adoptive mother -- she said that her adoptive mother completely ignored her unless she smiled. She never wanted to see her with any other facial expression. How awful. That may not be the worst thing her adoptive mother did, but it's the one that really struck me.
No, we don't want our children to be sad. But we can't control whether they are sad, about adoption or anything else. We can only give them the opportunity to express those feelings, and teach them tools to deal with those feelings. Far more than the sorrow, grief and loss in adoption can harm them, we as parents harm them with insistence that they express no other feeling but joy.
And we harm them by "shielding" them from information about adoption -- the fact that they had birth parents, that they lost them, that there were reasons like death and poverty and disease and war and stigma and oppression that might account for that loss -- that might make them feel sad. They can learn these things from someone else, or we can tell them as lovingly and truthfully as we can, in ways that they can understand at whatever age they're at. And if they are sad, we can hold them while they cry.
Posted by malinda at 12:22 PM

As an adoptive MOm as well as a child mental health professional I think you have said this very well. It is a "speech"" I have given my clients' parents many times about all kinds of loss -- deaths, disappointments, divorce, etc., as well as about adoption loss. Its about giving kids the tools they need to survive life -- a life likely to contain not one but many episodes of loss. If this early, priamary loss is ignored, it can create a sore spot that gets activated later on.
I think Dawn also has it right when she says that parents are avoiding the sadness for their own protection, maybe because we too have "sore spots" about loss..
Of course we also give them a positive context for their adoption story as well, for balance.

I have to say, I have tried to protect my kids from being sad their whole lives--about one thing or another. This has been one of my biggest mistakes as a parent, I think. It's our generation of parents, I think, who want to spare our kids every disappointment and heartache. German parents are not this way at all; they are quick to hand out fair criticism and teach their kids to accept sadness and disappointment. Malinda, you have the right approach, and I wish I had done a better job of this with my kids. clf